Prologue – In the Beginning

In the beginning there was nothing in the form of a good school in the south of Colombo for Catholic boys. That is, nothing, except in the minds of that French priest, Rev. Fr. Maurice Le Goc who was Rector of St. Joseph’s College, Maradana at the time and the then Archbishop of Colombo Most Rev. Dr. Anthony Courdet OMI (Archbishop 1905 – 1929).

The year was 1919 and the first World War had concluded on 11th November in the previous year, when Fr. Le Goc first thought of a school for Catholic boys elsewhere, as he realised that St. Joseph’s had reached the limits of students it could accommodate. And while travelling on his motor bicycle as was his habit, he spotted a block of land at the southernmost end of Bambalapitiya adjoining the Wellawatte canal, so reminiscent of the Beire lake by his beloved St. Joseph’s College. 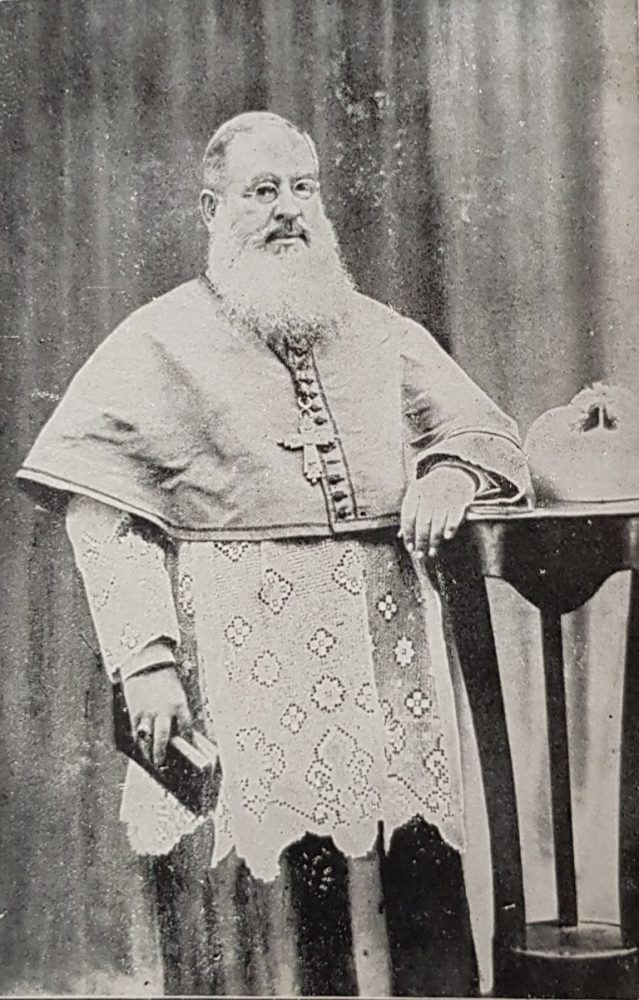 This land, just under 9 1/2 acres in extent (9A 1R 38.38P), known as “Kelankaduwa Watte” and in which cinnamon had been grown earlier, had passed ownership from Colonel de Meuron (in the Dutch period) to Seesma Lebbe in 1789, then changed hands from him to C. P. Layard and then to Don Joseph de Silva, then to Ratnayake Muhandiram whose family had held it till ownership passed on to J W C de Soysa, a son of the well known philanthropist Charles Henry de Soysa, who in turn had transferred the land to his brother Edwin Lionel Fredrick de Soysa – a well known racing enthusiast, and his wife Caroline Lucille de Soysa from whom eventually Fr. Le Goc arranged to purchase it for the Archbishop of Colombo on 25th February 1921 for the then princely sum of Rs.150,000/-.

A story known to a few is that at least one other school was interested in purchasing this block of land in Bambalapitiya South, but obviously Fr. Le Goc beat other contenders and had it purchased for the Archbishop of Colombo.

Having purchased the land, Fr. Le Goc, described variously as a moulder of men, a botanist, an educator par excellence but above all a priest of God, wasted no time in planning and commencing construction. The occasion of the release of the news of a new school was the Silver Jubilee of St. Joseph’s in 1921 and the work of creating this new school for which the buildings were designed by Fr. Le Goc himself began on 7th July 1921. An old boy of St. Joseph’s College, Mr. J R J Jayesuriye was appointed to supervise progress. Construction progressed rapidly, no doubt due to the tremendous enthusiasm of Fr. Le Goc and the buildings had sprung up in six months.

A familiar feature of English schools at the time, a quadrangle in front and an oval drive running around it was incorporated by Fr. Le Goc into his design and he also introduced the concept of open air classrooms. Each classroom had a platform running through the entire breath so that the teacher could be in an elevated position and in full view of his charges.

The road frontage was 324 feet in length while the body of the building which ran parallel to the road was 230 feet in length. Two wings stretched forward towards Galle Road from either end of the main building with a vestibule jutting out from the center forming a wide open passage and parting the main building in two. Thus the aerial view  of the building took the form of an “E” with the base running from the north to the south. This first building occupied a ground area of 18,450 sq. ft. and was partitioned into six open air classrooms and three closed classrooms along with other rooms also to be used as classrooms.

The building included rooms for teachers, bedrooms for the clergy, offices, a dining room and sitting room for the priests in charge. All around the building there were wide, spacious corridors and such was the design of this new school that it became known as the garden school. The building also housed a chapel measuring 60 x 25 ft with pews and with accommodation for 250 persons. The sanctuary of the chapel was 25 x 25 ft. and the vestry 26 x 8 ft. and it was built in such a manner that its capacity could be increased when necessary by opening out the foldable partitions of the three open air classrooms.

By this same process of having collapsible partitioning, the classrooms could be converted into an assembly hall whenever it was needed. The main block of buildings was supplemented by other rooms covering an area of 1829 sq. ft. which housed a kitchen, a pantry, a servants’ room, a storeroom and a boys tiffin room.

At the Josephian prize giving of 1921 held in December that year, Fr. Le Goc confidently announced that St. Joseph’s College South will be opened in January 1922.