Senior Prefect of St Peters College and 4th year coloursemen, Peterite Randev Athukorala’s passion from the age of five years was Karate and emulated his father Dr Rohantha Athukorala. ‘ Randev has been living the values of karate since his small ages under his master Sensei D.M.D. Nimal assisted by Sensei Safraz said Dr Athukoarala. He then went under the wing of the Sri Lanka Karate Coach Sensei Kalayana who brought out the best of him. Randev went on to Captain the Sri Lanka Schools Karate Team and won the Gold Medal at the South Asian Karate Championship. 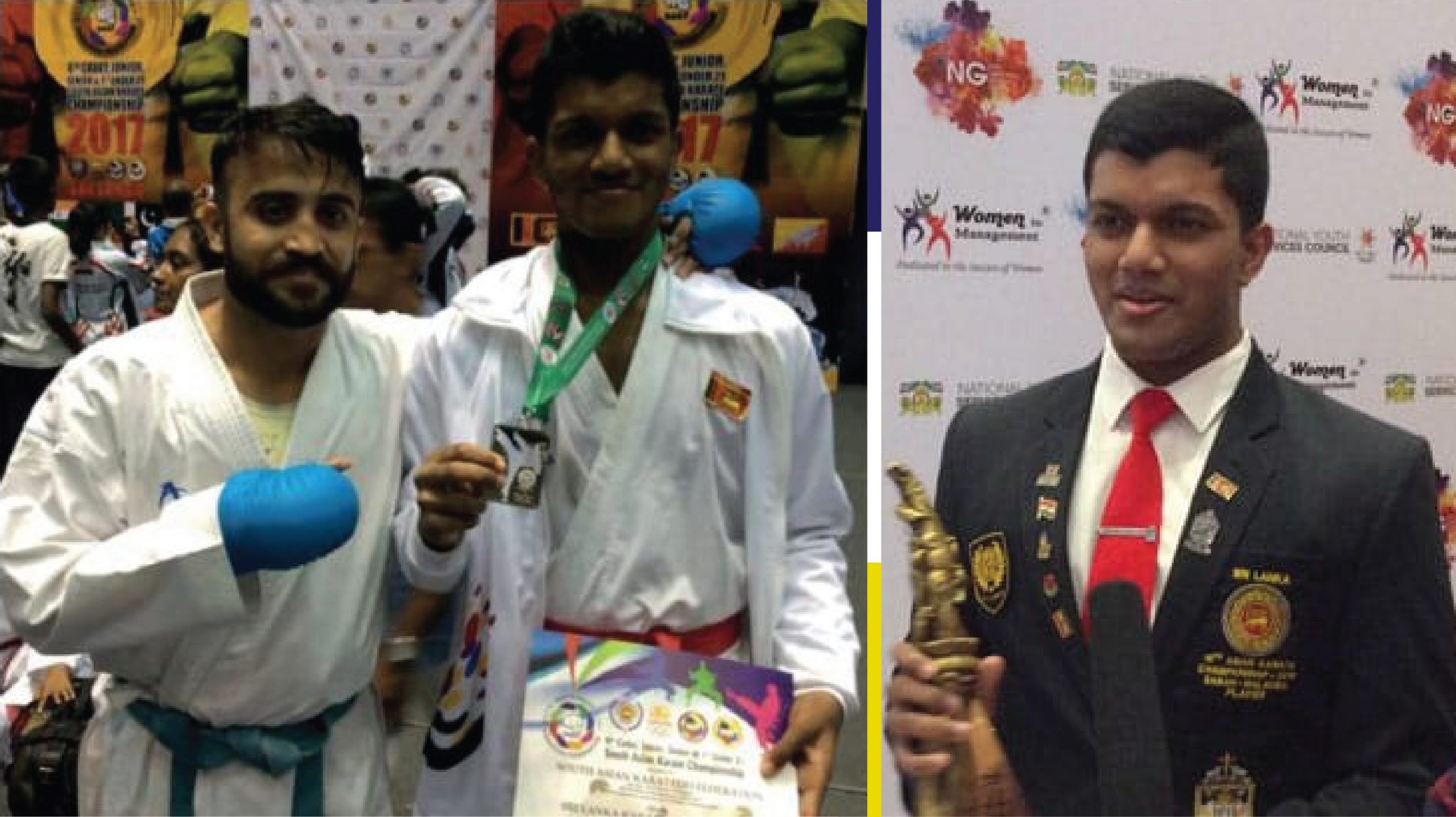 The World Karate Association Rankings listed him at number 17 in the world in the Cadet 70 kg+ weight class by 2017, and he went on to a personal best of 11th in the global ranking. In the Asian region, young Athukorala was ranked second behind Indonesian athlete Billy Bilmona Mohammad Besnuh while Chinese Karateka Yunlong Hu finished third behind the Sri Lankan. There are only three athletes from Asia who have broken into the world top 30 rankings.

Black Belt karateka Athukorala was diagnosed with dengue just 41 days before the South Asian Karate Championship was to be staged in New Delhi, India. Despite this, young Athukorala, using the motivating words of Sri Lanka national coach Sensei Kalyana, fought the system, recovered from his illness and went back to training. He then captained the boys Sri Lanka cadet team to a gold medal in the Heavyweight category of the South Asian Karate Championship was his attitude to life.

When the pandemic hit Sri Lanka I focussed one hundred percent on Studies and the results sure motivate me. My next challenge is to get into university and win a Medal at the World Inter University Games. But first the world must see the pandemic through quipped Randev.